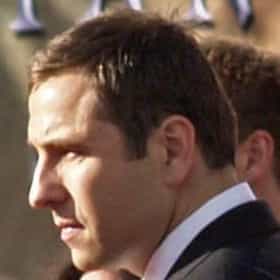 David Edward Walliams (born 20 August 1971) is an English actor, comedian, writer, and television personality. He is best known for his partnership with Matt Lucas on the BBC One sketch comedy shows Little Britain and Come Fly With Me. Since 2012, he has been a judge on the ITV talent show Britain's Got Talent. He is also a writer of children's books, having sold more than 25 million copies worldwide. Walliams was born in the London Borough of Merton and grew up in Surrey. He was educated at Reigate Grammar School in Reigate, before graduating with a Bachelor of Arts (Drama) from the University of Bristol. He began performing with the National Youth Theatre in the 1990s, where he met ... more on Wikipedia

David Walliams is ranked on...

#104 of 185 People who voted for David Walliams... also upvote Star Trek Franchise on The Greatest Sci-Fi Movies of All Time are 20x more likely to vote for Matt Lucas on this list The Funniest British and Irish Comedians of all Time 238.3k VOTES The funniest British and Irish comedians of all time is a geographically restricted subset of the funniest people of all tim...
#32 of 88 People who voted for David Walliams... People outside of the US are 2x more likely to vote for this also upvote Back to the Future Franchise on The Best Movies of All Time The Best Reality Show Judges 53.5k VOTES Reality show competitions and judges are two things that go together like peas and carrots. Without a judge, it's nearly imp...
#112 of 128 The Worst Reality Show Judges of All Time 5.3k VOTES Without a judge, it's basically impossible to have a reality show competition. But sometimes it feels like a bad reality sho...
#51 of 77 The Best Children's Book Authors 20.5k VOTES Roald Dahl, J.K. Rowling, Dr. Seuss... These are the authors who have stolen the imaginations of millions of kids through th...
Famous Tall Men Over 6'2 444.7k VIEWS Some of the tallest men in Hollywood may not seem so on your screen. Paired alongside other tall actors, shorts actors weari...
19 Actors Who Were Incredibly Close To Playing Harry Potter Characters 45.1k VIEWS Believe it or not, there actually were some British people who weren't in Harry Potter. Behind-the-scenes stories are shared...

David Walliams is also found on...