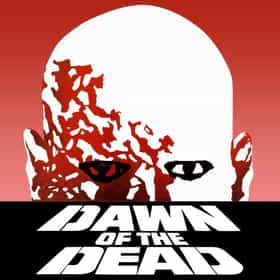 This film is a 1978 Italian-American horror drama film written and directed by George A. Romero. It was the second film made in Romero's series, but contains no characters or settings from them, and shows in a larger scale the apocalyptic effects on society. In the film, a phenomenon of unknown origin has caused the reanimation of the dead, who prey on human flesh, which subsequently causes mass hysteria. The cast features David Emge, Ken Foree, Scott Reiniger and Gaylen Ross as survivors of the outbreak who barricade themselves inside a suburban shopping mall. ... more on Wikipedia

Dawn of the Dead is ranked on...

Dawn of the Dead is also found on...