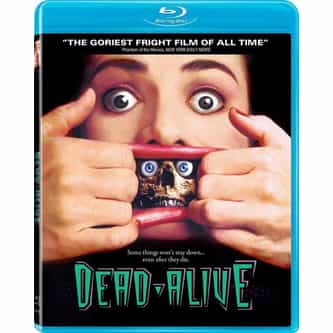 Tagline
You'll laugh yourself sick!
There's something nasty in Lionel's cellar - His family!
Some things won't stay down... even after they've died.

This film is a 1992 New Zealand Zombie comedy gore film directed by Peter Jackson. Written by Jackson with his partner Fran Walsh and Stephen Sinclair, the film was a commercial failure at the time of its release, but has since gained a cult following after Jackson's success with The Lord of the Rings trilogy. It has received positive reviews from contemporary critics ... more on Wikipedia

Dead Alive IS LISTED ON