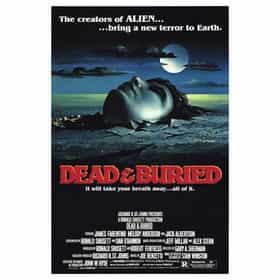 This film is a 1981 horror film directed by Gary Sherman, starring Melody Anderson and James Farentino. With a screenplay written by Dan O'Bannon and Ronald Shusett, the movie was initially banned as a "video nasty" in the UK in the early 1980s, but was later acquitted of obscenity charges and removed from the Director of Public Prosecutions' list. The film was subsequently novelized by Chelsea Quinn Yarbro. In a 1983 interview with Starburst promoting Blue Thunder, O'Bannon disowned the film. ... more on Wikipedia