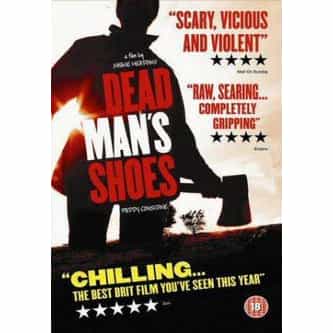 This film is a 2004 British psychological thriller film written and directed by Shane Meadows, and co-written by Paddy Considine, who also starred in the lead role. The film co-stars Toby Kebbell, Gary Stretch and Stuart Wolfenden. The film was released in the United Kingdom on 1 October 2004. The film was shot in three weeks in the summer of 2003. ... more on Wikipedia

Dead Man's Shoes IS LISTED ON