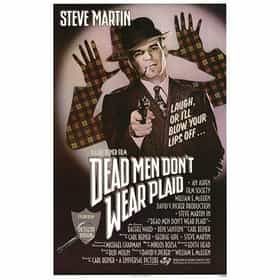 This film is a 1982 comedy-mystery film directed by Carl Reiner. Starring Steve Martin and Rachel Ward, the film is both a parody of, and an homage to, film noir and the pulp detective movies of the 1940s. This movie is partly a collage film, incorporating clips from 18 different vintage films. They are combined with more recent footage of Martin and other actors similarly shot in black-and-white, with the result that the original dialogue and acting of the classic films have now become part of a completely different story. ... more on Wikipedia