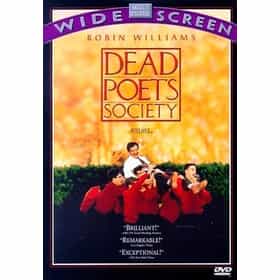 Dead Poets Society is a 1989 American drama film written by Tom Schulman, directed by Peter Weir and starring Robin Williams. Set at the conservative and aristocratic Welton Academy in the northeast United States in 1959, it tells the story of an English teacher who inspires his students through his teaching of poetry. The film received critical acclaim and box office success; it was also BAFTA's best film and best foreign film in France and Italy. Schulman received an Academy Award for Best Original Screenplay for his work. ... more on Wikipedia

Dead Poets Society is ranked on...