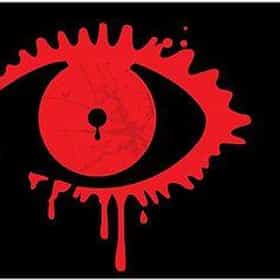 This show is a critically acclaimed BAFTA-nominated British television horror drama created by Charlie Brooker. The show takes place primarily on the set of a fictional series of the real television show Big Brother. The five episodes, aired over five consecutive nights, chronicle a zombie outbreak that strands the housemates and production staff inside the Big Brother House, which quickly becomes a shelter from the undead. ... more on Wikipedia

Dead Set is ranked on...

#29 of 203 The Best Zombie Horror Films 3.8k VOTES This list of the best zombie horror movies doesn't discriminate on why the zombies exist, it only screams in terror at the f...
#33 of 37 What to Watch If You Love Black Mirror 1.6k VOTES Technology makes everyday life easier - but at what price? That's one of the many questions posed by Black Mirror, the hit a...
#28 of 33 The Best Dramas About Zombies 348 VOTES This list of the best zombie dramas proves that the emotions the undead aren't just fear, but sadness and even love. Sure, w...
#9 of 33 The Best Zombie Related TV Series 281 VOTES These are the best zombie TV shows of all time, according to fans of the undead. There's something special about these shamb...
#25 of 96 The Best Miniseries Of The 2010s 1.6k VOTES The 2010s wasn't the decade that started the limited series - but it was definitely the decade that perfected it. The b...
#78 of 113 The Best Horror TV Shows 26.5k VOTES The very best horror shows on television, ranked from best to worst. This list of the greatest horror shows also includes pi...
#262 of 350 The Best Streaming Netflix TV Shows 5.3M VOTES The best streaming Netflix TV shows include some great television dramas, sci-fi/adventure shows, sitcoms, and reality TV pr...
#9 of 15 The Best Zombie Shows On Netflix 3.7k VOTES Here are the best zombie shows streaming now on Netflix. Whether you're looking for exciting horror series or more seri...

Dead Set is also found on...