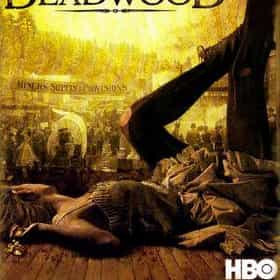 Deadwood is an American western television series created, produced, and largely written by David Milch and aired on the premium cable network HBO from March 21, 2004, to August 27, 2006, spanning three 12-episode seasons. The show is set in the 1870s in Deadwood, South Dakota, before and after the area's annexation by the Dakota Territory. The series charts Deadwood's growth from camp to town, incorporating themes ranging from the formation of communities to western capitalism. ... more on Wikipedia

The Real History Of 'Deadwood' 15.6k views WARNING: This list contains spoilers for all three seasons of Deadwood. Any time a highly respected historical drama comes...

Deadwood is ranked on...

Deadwood is also found on...