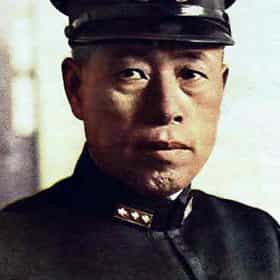 Operation Vengeance was the American military operation to kill Admiral Isoroku Yamamoto of the Imperial Japanese Navy on April 18, 1943, during the Solomon Islands campaign in the Pacific Theater of World War II and exactly one year following the United States' most direct previous blow to Japan with the Doolittle Raid. Isoroku Yamamoto, commander of the Combined Fleet of the Imperial Japanese Navy, was killed on Bougainville Island when his transport bomber aircraft was shot down by United States Army Air Forces fighter aircraft operating from Kukum Field on Guadalcanal. The mission of the U.S. aircraft was specifically to kill Yamamoto and was based on United States Navy ... more on Wikipedia

Operation Vengeance is also found on...