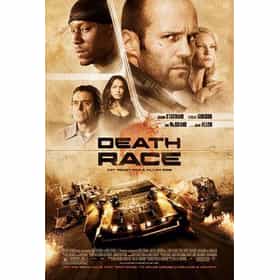 This film is a 2008 American science fiction action thriller film produced, written, and directed by Paul W. S. Anderson and starring Jason Statham. Though referred to as a remake of the 1975 film, but in reviews and marketing materials, director Paul W.S. Anderson stated in the DVD commentary that he thought of the film as a prequel. A remake had been in development since 2002, though production was delayed by disapproval of early screenplays then placed in turnaround following a dispute between Paramount Pictures and the producer duo Tom Cruise and Paula Wagner. ... more on Wikipedia

Death Race is ranked on...

Death Race is also found on...