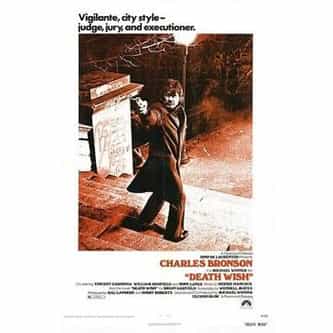 This film is a 1974 American vigilante action film loosely based on the novel of the same name by Brian Garfield. The film was directed by Michael Winner and stars Charles Bronson as a man who becomes a vigilante after lost everything during a home invasion. ... more on Wikipedia

Death Wish IS LISTED ON