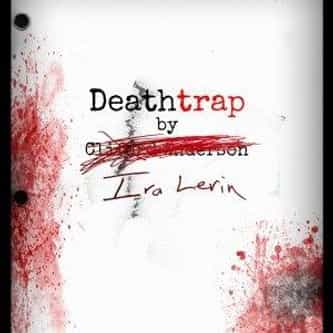 Deathtrap is a play written by Ira Levin in 1978 with many plot twists and which references itself as a play within a play. It is in two acts with one set and five characters. It holds the record for the longest running comedy-thriller on Broadway and was also nominated for the Tony Award for Best Play. Deathtrap was well received by many and has been frequently revived. It was adapted into a film starring Christopher Reeve, Michael Caine, and Dyan Cannon in 1982. ... more on Wikipedia

Deathtrap IS LISTED ON