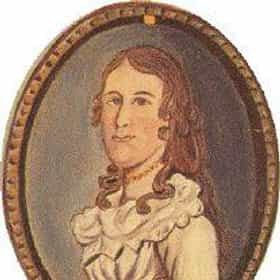 Deborah Sampson Gannett (December 17, 1760 – April 29, 1827), better known as Deborah Samson or Deborah Sampson, was a Massachusetts woman who disguised herself as a man in order to serve in the Continental Army during the American Revolutionary War. She is one of a small number of women with a documented record of military combat experience in that war. She served 17 months in the army under the name "Robert Shirtliff" (also spelled in various sources as Shirtliffe and Shurtleff) of Uxbridge, Massachusetts, was wounded in 1782, and was honorably discharged at West Point, New York, in 1783. ... more on Wikipedia

Deborah Sampson is ranked on...

#22 of 30 The 30 Biggest Badasses In History 20.3k VOTES When you think of the biggest badasses in history, who comes to mind? Rambo, Stone-cold Steve Austin, maybe even t...
12 Times Women Disguised As Men Made History 28.3k VIEWS It’s a man’s world, or so the old saying goes. Though women in history haven’t always been able to fight in wars, publish bo...
13 Heroic American Women of War Who Deserve Recognition 11.1k VIEWS For most of US history, it's been against the rules for women to fight in wars, but that didn't stop them from trying. While...