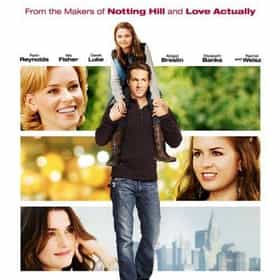 Definitely, Maybe is a 2008 American romantic comedy-drama film written and directed by Adam Brooks, and starring Ryan Reynolds, Isla Fisher, Rachel Weisz, Elizabeth Banks, Abigail Breslin and Kevin Kline. Set in New York City during the 1990s, the film is about a political consultant who tries to help his eleven-year-old daughter understand his impending divorce by telling her the story of his past romantic relationships and how he ended up marrying her mother. ... more on Wikipedia

Definitely, Maybe is ranked on...

Definitely, Maybe is also found on...