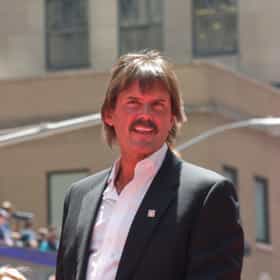 Dennis Lee Eckersley (born October 3, 1954), nicknamed "Eck", is an American former professional baseball pitcher. Between 1975 and 1998, he pitched in Major League Baseball (MLB) for the Cleveland Indians, Boston Red Sox, Chicago Cubs, Oakland Athletics, and St. Louis Cardinals. Eckersley had success as a starter, but gained his greatest fame as a closer, becoming the first of two pitchers in MLB history to have both a 20-win season and a 50-save season in a career. He is the pitcher who gave up a dramatic walk-off home run (a phrase Eckersley coined) to the injured Kirk Gibson in Game 1 of the 1988 World Series. Eckersley was elected to the Baseball Hall of Fame in 2004, ... more on Wikipedia

Dennis Eckersley is ranked on...

Dennis Eckersley is also found on...