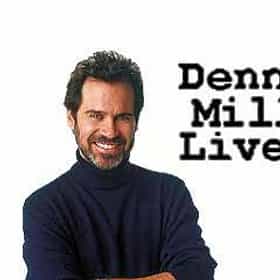 Dennis Miller Live was a weekly talk show on HBO, hosted by comedian Dennis Miller. The show ran 215 episodes from 1994 to 2002, and received five Emmy awards, plus an additional 11 Emmy nominations. It was also nominated six times for the Writers Guild of America Award for "Best Writing For A Comedy/Variety Series", and won three of those times. The show was the brainstorm of HBO honcho Michael Fuchs, who told Miller he could use any forum he wanted as long as he brought in the numbers. It was directed by Debbie Palacio for most of its run, and head writers were first Jeff Cesario and then Eddie Feldmann. Other writers included José Arroyo, Rich Dahm, Ed Driscoll, ... more on Wikipedia

Dennis Miller Live is ranked on...