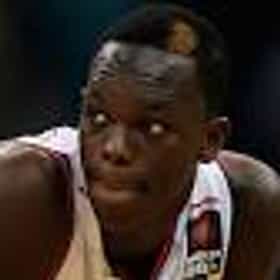 Dennis Schröder (born September 15, 1993) is a German professional basketball player for the Oklahoma City Thunder of the National Basketball Association (NBA). He has previously played for SG Braunschweig and Phantoms Braunschweig in Germany, before spending his first five seasons in the NBA with the Atlanta Hawks. He is widely regarded as one of the best talents in German basketball. On July 25, 2018, Schröder was traded to the Oklahoma City Thunder in a three-team deal involving the Hawks and the Philadelphia 76ers. ... more on Wikipedia

Dennis Schröder is ranked on...