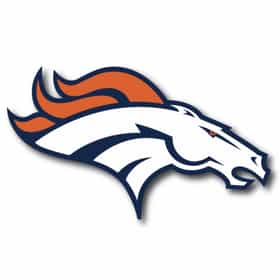 The Denver Broncos are a professional American football team based in Denver, Colorado. They are members of the West Division of the American Football Conference in the National Football League. The Broncos began play in 1960 as a charter member of the American Football League and joined the NFL as part of the merger in 1970. The Broncos are owned by the Pat Bowlen trust. The Broncos have played at Sports Authority Field at Mile High since 2001, after previously playing at Mile High Stadium from 1960–2000. The Broncos were barely competitive during their 10-year run in the AFL and their first seven years in the NFL, never making the playoffs. They did not have a winning season until ... more on Wikipedia

Denver Broncos is ranked on...