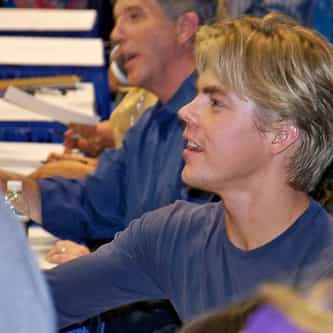 Derek Hough (born May 17, 1985) is an American professional Latin and ballroom dancer, choreographer, actor and singer.Since September 2007, Hough has become known for his work on the ABC dance-competition series, Dancing with the Stars, on which he has won a record six seasons. With a total of nine nominations, he has won two Primetime Emmy Awards for Outstanding Choreography for several routines that he choreographed for the show. Hough has also starred in various stage productions, ... more on Wikipedia

Derek Hough IS LISTED ON