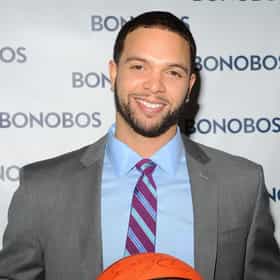 Deron Michael Williams ( DERR-ən; born June 26, 1984) is an American professional basketball player. He played college basketball for the Illinois Fighting Illini before being drafted third overall in the 2005 NBA draft by the Utah Jazz. The three-time NBA All-Star has also played for Beşiktaş of the Turkish Basketball League during the 2011 NBA lockout, and was a gold medal winner on the United States national team at the 2008 and 2012 Summer Olympics. ... more on Wikipedia

Deron Williams is ranked on...

Deron Williams is also found on...