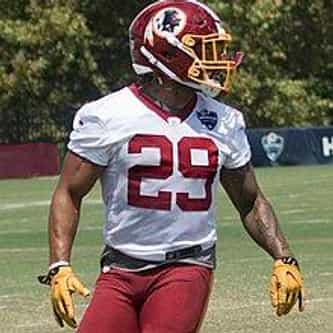 Derrius Guice (pronounced /ɡaɪs/) (born June 21, 1997) is an American football running back for the Washington Redskins of the National Football League (NFL). He played college football at LSU, and was drafted by the Redskins in the second round of the 2018 NFL Draft. He is the only player in Southeastern Conference (SEC) history with three career games of 250 or more rushing yards. Guice was born in a poverty-stricken section in Baton Rouge, Louisiana, known as "the Bottom", to ... more on Wikipedia

Derrius Guice IS LISTED ON