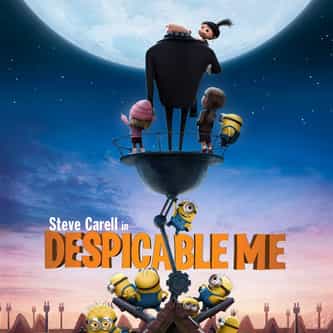 Despicable Me is a 2010 American 3D computer-animated comedy film directed by Pierre Coffin and Chris Renaud. When a mastermind (Steve Carell) uses a trio of orphan girls as pawns for a grand scheme, he finds their love is profoundly changing him for the better. ... more on Wikipedia

lists about Despicable Me

3.3k votes The Best Despicable Me Characters in the Whole Franchise, Ranked

275 votes What to Watch If You Love Minions

Despicable Me IS LISTED ON