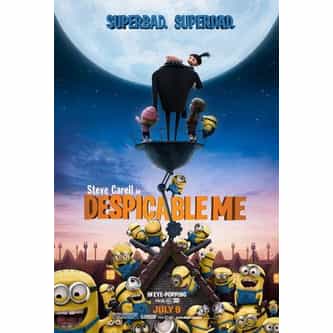 Despicable Me is a computer-animated comedy film franchise distributed by Universal Pictures and produced by Illumination Entertainment. It consists of three feature films, ten short films and additional merchandise. It centers on Gru, a super-villain (who later becomes a dad and superhero); his yellow-coloured Minions; and his three orphan girls, Margo, Edith and Agnes. It began with the 2010 film, Despicable Me, and its 2013 sequel, Despicable Me 2. A prequel featuring Gru's Minions, ... more on Wikipedia

lists about Despicable Me Franchise

1.3k votes 20 Small But Poignant Details Fans Noticed In The 'Despicable Me' Movies

3.5k votes The Best Despicable Me Characters in the Whole Franchise, Ranked

Despicable Me Franchise IS LISTED ON