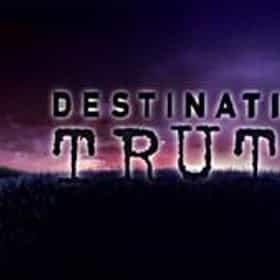 Destination Truth was a weekly American paranormal reality television series that premiered on June 6, 2007, on Syfy. Produced by Mandt Bros. Productions and Ping Pong Productions, the program follows paranormal researcher Josh Gates around the world to investigate claims of the supernatural, mainly in the field of cryptozoology. Season three concluded on April 21, 2010, and currently holds the highest ratings ever for the series, which continued with a fourth season, beginning on Thursday, September 9, 2010, at 9:00 p.m. ET/PT. The fifth season began July 10, 2012. On March 27, 2014, Gates confirmed via his Facebook account that Destination Truth had ended its run and would not be ... more on Wikipedia

Destination Truth is ranked on...

Destination Truth is also found on...