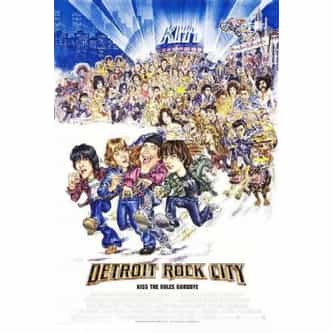 Detroit Rock City is a 1999 American comedy film directed by Adam Rifkin and written by Carl V. Dupré. It tells of four teenage boys in a KISS cover band who try to see their idols in concert in Detroit in 1978. Comparable to Rock 'n' Roll High School, Dazed and Confused, The Stöned Age, and I Wanna Hold Your Hand, it tells a coming-of-age story through a filter of 1970s music and culture in the United States. It ultimately took its title from the Kiss song of the same name. ... more on Wikipedia

Detroit Rock City IS LISTED ON