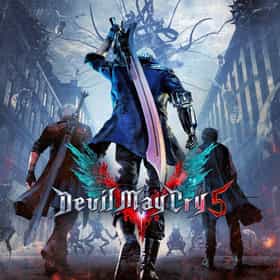 Devil May Cry 5 is an action-adventure hack and slash video game developed and published by Capcom, set to be released in 2019. It is the sixth installment in the Devil May Cry series, and first main installment since the release of Devil May Cry 4 in 2008. The game will feature Dante and Nero as playable characters, along with an unspecified third character. The gameplay is similar to the other titles in the Devil May Cry series, focusing on fast-paced "stylish action". The player fights off hoards of demons with a variety of attacks and weapons, and receives a style-rating in combat based on a number of factors, such as move variety, the length of a combo and dodging ... more on Wikipedia