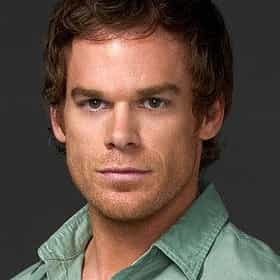 Dexter 'Dex' Morgan is a fictional character and the antihero of a series of novels by Jeff Lindsay, including Darkly Dreaming Dexter, Dearly Devoted Dexter, Dexter in the Dark, Dexter by Design, Dexter Is Delicious and Double Dexter. In 2006, the first novel was adapted into the Showtime TV series Dexter and its companion web series Dexter: Early Cuts. A seventh novel written by Jeff Lindsay entitled Dexter's Final Cut was released in September 2013. In the TV series, Dexter is a forensic blood spatter analyst who works for the fictitious Miami-Metro Police Department. In his spare time, he is a vigilante serial killer who targets other murderers who have evaded the justice system. He ... more on Wikipedia

Dexter Morgan is ranked on...

Dexter Morgan is also found on...