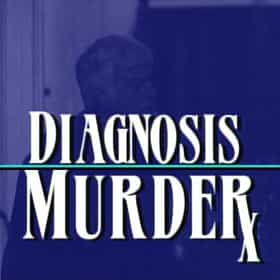 This series is a mystery/medical drama television series starring Dick Van Dyke as Dr. Mark Sloan, a medical doctor who solves incidents with the help of his son, a detective played by his real-life son Barry Van Dyke. The series began as a spin-off of Jake and the Fatman, became a series of three TV movies, and then a weekly television series that debuted on CBS on October 29, 1993. The series struggled at first and was almost canceled at the end of the second season, it returned as a midseason replacement in the third season, and was regularly renewed thereafter. ... more on Wikipedia

Diagnosis: Murder is ranked on...

Diagnosis: Murder is also found on...