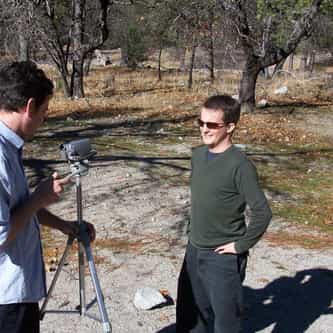 Dian Bachar (; born October 26, 1970 in Denver, Colorado) is an American actor most notable for his roles in various films by or starring his friends Trey Parker and Matt Stone, such as Cannibal! The Musical (George Noon), Orgazmo (Ben Chapleski) and his most famous role as Kenny "Squeak" Scolari in 1998's BASEketball, as well as making the occasional appearance on South Park. He appeared as an alien engineer in Galaxy Quest. Although the bulk of his scenes were cut, he can be ... more on Wikipedia