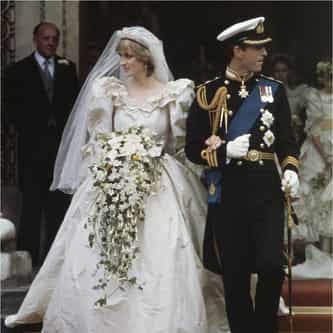 Diana, Princess of Wales (born Diana Frances Spencer; 1 July 1961 – 31 August 1997), was a member of the British royal family. She was the first wife of Charles, Prince of Wales, and the mother of Prince William and Prince Harry. Diana's activism and glamour made her an international icon and earned her an enduring popularity as well as an unprecedented public scrutiny, exacerbated by her tumultuous private life. Diana was born into the Spencer family, among the most prominent of the ... more on Wikipedia

lists about Diana, Princess of Wales

3.6M readers The Most Shocking Details Princess Diana's Butler Has Alleged About Her Life

12.9k readers The Moments That Made Diana The People's Princess

5.7k readers Here’s What Newspapers Around The World Looked Like After Princess Diana’s Passing

Diana, Princess of Wales IS LISTED ON