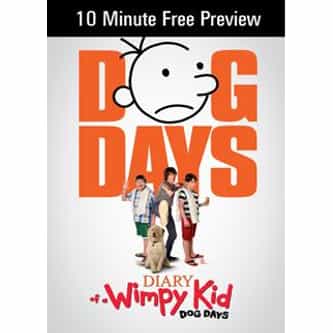 Diary of a Wimpy Kid: Dog Days is a 2012 comedy film directed by David Bowers from a screenplay by Wallace Wolodarsky and Maya Forbes. It stars Zachary Gordon and Steve Zahn. Robert Capron, Devon Bostick, Rachael Harris, Peyton List, Grayson Russell, and Karan Brar also have prominent roles. It is the third and final installment in the Diary of a Wimpy Kid film series and is based on the third and fourth books in the series, The Last Straw and Dog Days. The film was released on August 3, ... more on Wikipedia

Diary of a Wimpy Kid: Dog Days IS LISTED ON