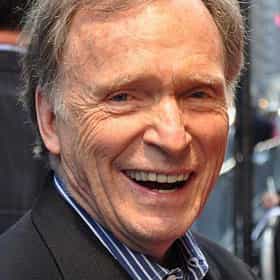 Richard Alva Cavett (; born November 19, 1936) is an American television personality, comedian and former talk show host notable for his conversational style and in-depth discussions. He appeared regularly on nationally broadcast television in the United States in five consecutive decades, the 1960s through the 2000s. In later years, Cavett wrote a column for the online New York Times, promoted DVDs of his former shows as well as a book of his Times columns, and hosted replays of his TV interviews with Salvador Dalí, Groucho Marx, Katharine Hepburn, Judy Garland, Marlon Brando, Ingmar Bergman, Jean-Luc Godard, John Lennon, Richard Burton and others on Turner Classic Movies. ... more on Wikipedia

Dick Cavett is ranked on...

#19 of 50 People who voted for Dick Cavett... also upvote Star Trek Franchise on The Best Alien Movies Ever Made also upvote The Terminator Franchise on The Greatest Sci-Fi Movies of All Time The All-Time Greatest Late Night Talk Show Hosts 87.1k VOTES The all-time greatest late night talk show hosts have entertained us for years as we drift off to sleep. These hosts are cha...
Famous People With Bipolar Disorder 1.4M VIEWS Bipolar disorder, also known as manic depression, is a mental illness that is classified as a mood disorder. People who suff...
#16 of 64 The Best People Who Hosted SNL In The '70s 7.4k VOTES Saturday Night Live might not have started out a hit but as the 1970s slipped past, SNL cemented itself into the TV viewing ...
Famous People Named Rick 57k VIEWS List of famous people named Richard, along with photos. How many celebrities named Dick can you think of? The famous Richard...
The Many Loves of Janis Joplin 2.6k VIEWS She was a massive rockstar, so it’s no surprise that the list of people Janis Joplin dated is quite long. Janis Joplin ...
51 Celebrities Who Were In National Honor Society 54k VIEWS This list contains information about celebrities who were in the National Honor Society, loosely ranked by fame and populari...

Dick Cavett is also found on...