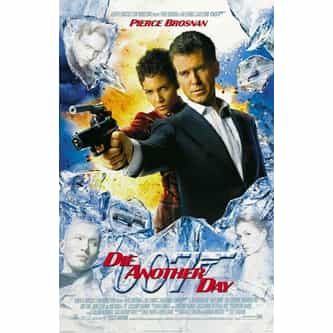 Tagline
Events don't get any bigger than...

Prequel
The World Is Not Enough

This film is the twentieth spy film in the James Bond series, and the fourth and last film to star Pierce Brosnan as the fictional MI6 agent James Bond. The film follows Bond as he leads a mission to North Korea, during which he is betrayed and Bond is captured and imprisoned. More than a year later Bond is released as part of a prisoner exchange. ... more on Wikipedia

The World Is Not Enough

Die Another Day IS LISTED ON