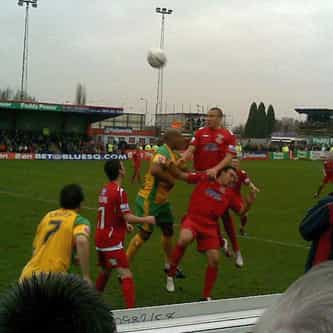 Dion Dublin (born 22 April 1969) is an English television presenter and former footballer. Born in Leicester and of Nigerian descent, he was capped four times for England. Dublin started his career as a centre back with Norwich City, but made his name at Cambridge United as a centre-forward. He then went on to other clubs which include Manchester United, Coventry City, Millwall, Aston Villa, Leicester City and Celtic. Dublin is also an amateur percussionist, and invented a percussion ... more on Wikipedia

Dion Dublin IS LISTED ON