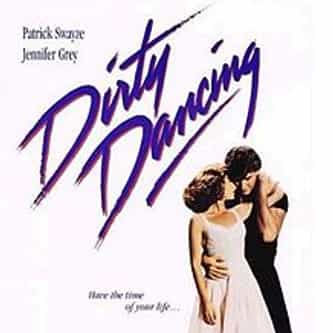 Dirty Dancing is a 1987 American romantic drama film. Written by Eleanor Bergstein and directed by Emile Ardolino, the film stars Patrick Swayze and Jennifer Grey in the lead roles, as well as Cynthia Rhodes and Jerry Orbach. The story is a coming-of-age drama that documents a teenage girl's relationship with a dance instructor whom she encounters during her family's summer vacation. Originally a low-budget film by a new studio, Great American Films Limited Partnership, and with no major ... more on Wikipedia

Dirty Dancing IS LISTED ON

legends of the hidden temple, rambo 2008 cast, the renaissance was the golden age of, the spiderwick chronicles full movie, most expensive movie budget, movies with Heaven in the title, football movie download, making of box, steven seagal children, action good movies on netflix