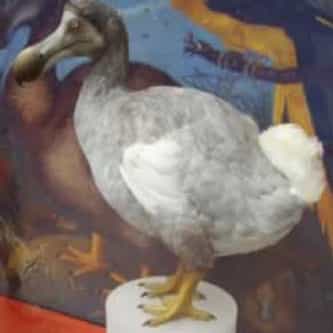 The dodo (Raphus cucullatus) is an extinct flightless bird that was endemic to the island of Mauritius, east of Madagascar in the Indian Ocean. The dodo's closest genetic relative was the also-extinct Rodrigues solitaire, the two forming the subfamily Raphinae of the family of pigeons and doves. The closest living relative of the dodo is the Nicobar pigeon. A white dodo was once thought to have existed on the nearby island of Réunion, but this is now thought to have been confusion ... more on Wikipedia

Dodo IS LISTED ON

#4 of 17
10.3k VOTES Which Extinct Species Would You Bring Back From The Dead?