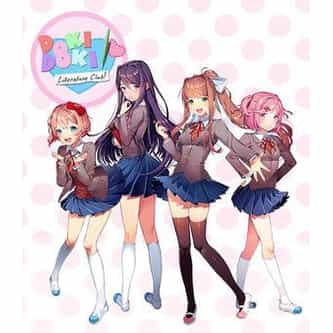 Doki Doki Literature Club! is a visual novel developed by Team Salvato. It was released on September 22, 2017 for Microsoft Windows, macOS, and Linux, and later on October 6 for Steam. The story follows a male high school student who joins the school's Literature Club and interacts with its four female members. The game features a mostly linear story, with some alternate scenes and endings depending on the choices the player makes. While it appears at first glance to be a lighthearted ... more on Wikipedia