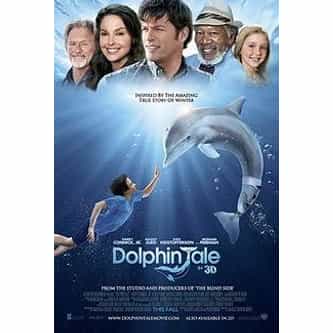 Dolphin Tale is a 2011 family drama film directed by Charles Martin Smith from a screenplay by Karen Janszen and Noam Dromi and a book of the same name. It stars Nathan Gamble, Harry Connick, Jr., Ashley Judd, Kris Kristofferson, Cozi Zuehlsdorff in her big screen debut, and Morgan Freeman. The book and film are inspired by the true story of Winter, a bottlenose dolphin that was rescued in December 2005 off the Florida coast and taken in by the Clearwater Marine Aquarium. ... more on Wikipedia

Dolphin Tale IS LISTED ON