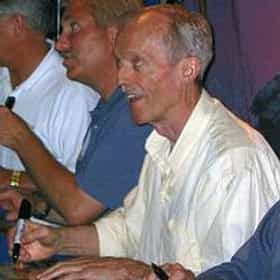 Donald Virgil Bluth (; born September 13, 1937) is an American animator, film director, producer, writer, production designer, video game designer, and animation instructor. He is known for directing animated films, including The Secret of NIMH (1982), An American Tail (1986), The Land Before Time (1988), All Dogs Go to Heaven (1989), Rock-a-Doodle (1991), Thumbelina (1994), Anastasia (1997) and Titan A.E. (2000), and for his involvement in the LaserDisc game Dragon's Lair (1983). He is also known for competing with former employer Walt Disney Productions during the years leading up to the films that would make up the Disney Renaissance. He is the older brother of illustrator Toby ... more on Wikipedia

Don Bluth is ranked on...

#343 of 783 The Greatest Directors In Movie History 300.1k VOTES List of the greatest directors in movie history, who are most deserving of Academy Awards and critical recognition. The list...
#81 of 113 The Most Influential Contemporary Americans 140.6k VOTES A list of the Americans who have had the most central influence on, or importance to, the modern era. This would include Ame...
Famous People Named Donald or Don 26.6k VIEWS List of famous people named Donald, along with photos. How many celebrities named Don can you think of? The famous Donalds b...

Don Bluth is also found on...