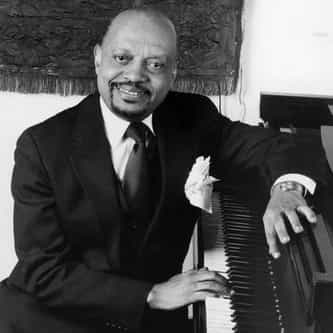 Donald Walbridge Shirley was an American-Jamaican jazz pianist and composer. Shirley's prodigious piano skills were recognized early and he began his career as a composer and virtuoso performer at a young age. Don Shirley's music is hard to categorize. As an arranger-composer he treated each piece of music as a new composition, not just an arrangement. Shirley played standards in a non-standard way. He was a virtuoso, playing everything from show tunes, to ballads, to his personal ... more on Wikipedia

1.1k readers Who Was Don Shirley, The Virtuosic Pianist At The Center Of 'Green Book'?

Don Shirley IS LISTED ON