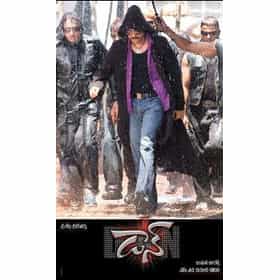 Don is a 2007 Telugu film produced by M.L. Kumar Chowdary on Sri Keerthi Creations banner directed by Raghava Lawrence. Starring Nagarjuna Akkineni, Anushka Shetty in the lead roles and Raghava Lawrence also made his debut music director for the film. The film released on 20 December 2007. This film has also been dubbed into Malayalam on release as Bhai and dubbed into Hindi as Don No. 1. The film is being remade into Bangladesh as Don Number One. The film has actor Shakib Khan in lead role. ... more on Wikipedia