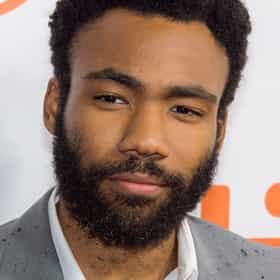 Donald McKinley Glover Jr. (born September 25, 1983) is an American actor, comedian, writer, producer, director, musician, and DJ. He performs music under the stage name Childish Gambino and as a DJ under the name mcDJ. After coming to public attention for his work with Derrick Comedy while a student at New York University, he was hired at age 23 by Tina Fey as a writer for the NBC sitcom 30 Rock. He later portrayed community college student Troy Barnes on the NBC sitcom Community. He stars in the FX series Atlanta, which he created and occasionally directs. For his work on Atlanta, Glover won various accolades, including Primetime Emmy Awards for Outstanding Lead Actor in a Comedy ... more on Wikipedia

Donald Glover is ranked on...

Donald Glover is also found on...