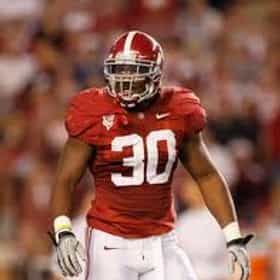 Qualin Dont'a Hightower (born March 12, 1990) is an American football outside linebacker for the New England Patriots of the National Football League (NFL). He played college football for the University of Alabama, was recognized as an All-American, and was a member of two BCS National Championship teams and was selected by the Patriots in the first round of the 2012 NFL Draft. Hightower, who is noted for his versatility, can play both middle and outside linebacker. He won Super Bowl XLIX, Super Bowl LI and Super Bowl LIII with the Patriots. ... more on Wikipedia

Dont'a Hightower is ranked on...