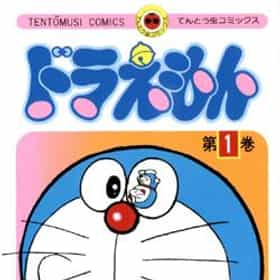 Doraemon is a Japanese manga series written and illustrated by the manga writing team Fujiko Fujio. The series has also been adapted into a successful anime series and media franchise. The story revolves around a robotic cat named Doraemon, who travels back in time from the 22nd century to aid a pre-teen boy named Nobita Nobi. The Doraemon manga series was first published in December 1969 in six different magazines. A total of 1,345 stories were created in the original series, which are published by Shogakukan under the Tentōmushi manga brand, extending to forty-five volumes. The volumes are collected in the Takaoka Central Library in Toyama, Japan, where Fujiko Fujio was born. Turner ... more on Wikipedia

Doraemon is ranked on...