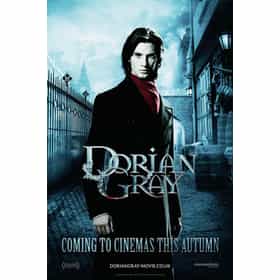 Dorian Gray is a 2009 British fantasy-thriller drama film based on Oscar Wilde's 1890 novel The Picture of Dorian Gray. This version is directed by Oliver Parker, written by Toby Finlay, and stars Ben Barnes as Dorian Gray and Colin Firth as Lord Henry Wotton. The film tells the story of the titular character, an attractive Englishman whose image is captured in an enchanted painting that keeps him from aging. His portrait becomes tainted with every sin he commits, while he remains young and handsome. The film, which was released in the United Kingdom on 9 September 2009, competed in the Official Fantàstic Competition at the 2009 Sitges Film Festival. ... more on Wikipedia

Dorian Gray is ranked on...

Dorian Gray is also found on...