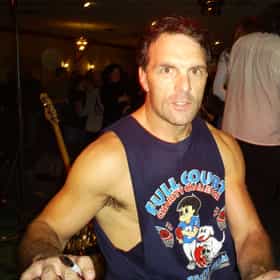 Douglas Richard Flutie (born October 23, 1962) is an American former quarterback in the National Football League (NFL), Canadian Football League (CFL), and United States Football League (USFL). Flutie first rose to prominence during his college football career at Boston College, where he received the Heisman Trophy and the Davey O'Brien National Quarterback Award in 1984. His "Hail Flutie" touchdown pass in a game against Miami on November 23, 1984 (dubbed "The Pass") is considered among the greatest moments in college football and American sports history.Flutie was selected as the 285th pick in the 11th round of the 1985 NFL Draft by the Los Angeles Rams, making ... more on Wikipedia

Doug Flutie is ranked on...

Doug Flutie is also found on...

The Best 'Dancing With The Stars' Contestants, Ranked TV Actors from Manchester