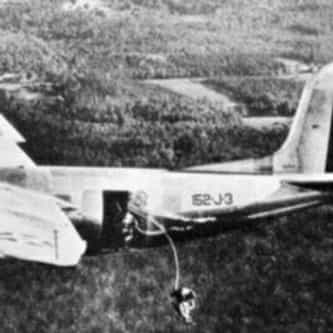 The Douglas DC-5, probably the least known of the famous DC airliner series, was a 16 to 22 seat, twin-engine propeller aircraft intended for shorter routes than the Douglas DC-3 or Douglas DC-4. However, by the time it entered commercial service in 1940, many airlines were canceling orders for aircraft. Consequently, only five civilian DC-5s were built. With the Douglas Aircraft Company already converting to World War II military production, the DC-5 was soon overtaken by world events, ... more on Wikipedia