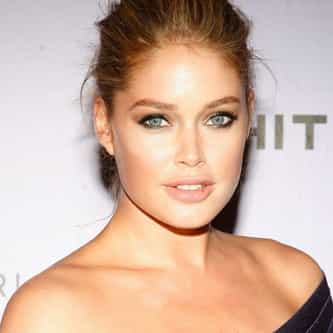 Doutzen Kroes (West Frisian pronunciation: [ˈdʌu̯tsə(ŋ) ˈkrus]; born 23 January 1985) is a Dutch model, actress, activist and philanthropist. She began her modelling career in 2003, in the Netherlands and was quickly sent by her agency to New York where she was cast by lingerie brand Victoria’s Secret. She was a Victoria's Secret Angel from 2008 until 2014. She has been a brand ambassador for L'Oréal Paris since 2006. Kroes has been one of highest-paid models, with an estimated ... more on Wikipedia

Doutzen Kroes IS LISTED ON