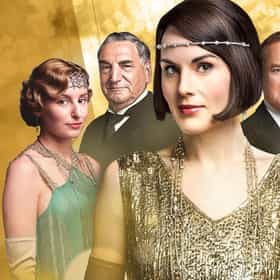 Downton Abbey is a British period drama television series created by Julian Fellowes and co-produced by Carnival Films and Masterpiece. It first aired on ITV in the United Kingdom and Ireland on 26 September 2010 and on PBS in the United States on 9 January 2011 as part of the Masterpiece Classic anthology. Five series have been made so far; the fifth airing in the autumn of 2014 in the UK and Ireland, and began airing in the United States on 4 January 2015. A sixth series was commissioned, which, on 26 March 2015, was confirmed to be the final series. The series, set in the fictional Yorkshire country estate of Downton Abbey, depicts the lives of the aristocratic Crawley family and ... more on Wikipedia

Downton Abbey is ranked on...